Aaron is a Systems Securty Specialist working for Spilaine Inc., a subcontractor for the DHS.

The Vertz family has two proud traditions: scholarship, and a call to defend and care for the weaker. The roots of these traditions go back to the family’s native Germany, where Aaron’s grandfather, a learned rabbi, forwent many opportunities to escape from the Munich ghetto to tend to terrified and grieving families; his father, becoming a naturalized citizen of the USA after fleeing Nazi Germany as a small child, carried on this tradition earning top honors at West Point and going on to distinguished service in the Army, reaching the rank of Brigadier General.

Aaron himself applied his considerable intellect to defense systems engineering, earning top honors at MIT and Carnegie Mellon, and satisfied his need to serve as a consultant for the US government. Affected by the September 11th attacks, he moved from his hometown in Fairfax County, Virginia to the New York Metro area in early 2002, focusing on DHS and DoD projects in the region. He is a voracious consumer of information and spends long hours studying his professional specialties (telemetry, surveillance, automated defense systems) and personal interests, particularly the arcane and mystical aspects of his Jewish faith. Aaron is currently employed as a consultant by Spilaine Inc., who has been contracted by the DHS to do a feasibility study on an airborne pathogen detection grid for the city.

One of the highlights of his year is during the high holy days, when the Met puts original Hebrew manuscripts on display. Aaron’s “uncle” Colonel Stuart Varnot, a longtime friend and retired coworker of Aaron’s father, always accompanied Aaron on his trips to the Museum (it was he who started the tradition in Aaron’s youth when thy would visit Stuart NY for the holidays). He insisted on dropping by the new exhibit, despite Aaron’s lack of interest in the jewel, or it’s alleged mysterious properties. 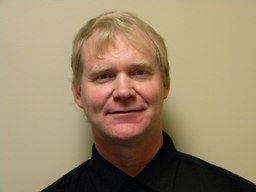