Lead Investigator for Markov, Cuff, and Wattz in the investigation of the dissappearance of The Moonstone

Detective Lucia Amartan is a longtime employee of Markov, Cuff, and Wattz, and the head of their Artifacts and Antiquities Specialist Group. Lucia was educated in Prague, trained under the KGB, then defected to the US, where she was an NSA agent for several years before retiring to a full-time advisory position at Markov, Cuff, and Wattz in 2002, in her early 40’s, shortly after the death of her father.

Detective Amartan is the foremost expert within her firm on the security and protection of priceless works, and is often flown, full expense, to locations around the globe to brief local security, as well as establish plans to keep antiquities safe from would-be vandals and thieves. She holds multiple degrees in Linguistics from several American and European Universities, A PhD in Theology from Boston College, and is a Second-Degree Black-Belt in American Taekwondo. 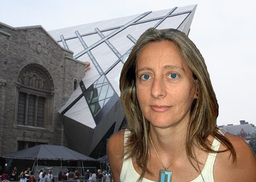