“Professor” Phillip Gilman, D.D. (Age 55, Born June 21st 1955) ; Self proclaimed “Voice of the Other Side” is universally loathed by anyone who isn’t one of his marks. He slides in, oily, after a death, or someone goes missing, insinuates himself with the most vulnerable person, and begins telling them exactly what they want and need to hear. Despite his continued success bilking the credulous, the “Professor” has been debunked many a time, even earning the wrath and repeated mention on the website of his personal hero, James Randi, who has declared him “A heartless charlatan of the worse kind, spreading false hope and absconding with all that the most vulnerable have left in the world”.

The “Professor”, however, doesn’t mind this one bit. If people think he is a Geller style fraud, all he loses is a few more shekels, in his opinion, as he has money enough, and time is all he really craves. The “Professor”, you see, has a secret.

Born to a wealthy Bostonian family, young Phillip was the very definition of a gadabout, generally wasting money, and using his good looks and charisma to do whatever he wished, which, when combined with the not inconsiderable weight of the Gilman family name (the Gilman’s being an old shipping family, or as they preferred to joke, pirates who had become respectable) At the age of 19, however, he had a life altering experience. Walking back to the family manse late in the night after carousing, he passed a misshapen lump dressed in rags leaning against a wall. He paused for a moment, pulled out his billfold, and laid a dollar at the feet of the man, and began to walk away. As he did, he heard a sound like the rustling of dead leaves, and the beginnings of the chittering of cicadas…and felt a horrible itching in his scalp, followed by horrid images filling his brain, things he should not have, COULD not have known. He remembered the taste of the cold vacuum of outer space, and clearly saw behind clenched eyelids a color he KNEW did not exist, nothing that moved in that way could exist…and the song…the horrible song… He turned, screaming, and saw the homeless man had unfolded into a…shape, shadowed by the light, not illuminated…and then knew no more.

His family found Phillip the next day in the local police station, in the drunk tank. He was altered. Quieter. He began to study more, eventually attending Harvard and earning a D.D., though he personally claimed not to believe a whit in what he called ‘The Cosmic Joke’. After earning his degrees, he began practicing conjuration, and became a skilled illusionist and ‘psychic’, performing many times, and generally being well respected. It was only after the bulk of his family fortune dwindled in the early 21st century that he turned to, well, what even he refers to as ‘Fakery’. But it pays the bills.

Phil Gilman really is a psychic sensitive. He has told noone of his ability, gained that horrible night he can only sometimes remember. He uses his abilities very rarely, because he has worked hard to suppress his memories of that strange, otherworldly knowledge he had forced into his mind, and calling upon his power(curse, as he calls it) brings images to his mind, sounds to his ears, and tastes to his mouth that aren’t his… and he suspects that is he should use the ability too much…whatever owns that knowledge may come back for it.

Dr. Gillman was visiting the Metropolitan Museum of Art with his latest client, the eccentric Muriel Silberstein-Storfer, a trustee of the Museum, who had contacted Dr. Gillman, convinced her board meetings were giving her psychic powers. 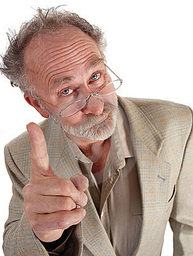