Marian was a regular buyer from one of Deke's dealers. He suggested they should meet up, and she kinda hit it off with Deke.

Marian was a “change of life” daughter of a member of a hippie commune in Washington Heights. A longtime owner of a music shop at 138th and Broadway, Marian inherited a small fortune from her “uncle”, the last member of the commune to die in 1986, shortly after the whole commune fell victim to AIDS from shared needles. Marian was 12 at the time, but by the time the state sorted out the paternity/parentage issues, she was 18, and on her own, after only a few years in foster care.

Marian loves weed, but is not so much into the hard stuff. Her dealer, Reynaldo, suggested she should meet one of his other regulars, which Marian agreed to after arranging it so they met up in a bar. She took a shine to Deke Sexton, Jr., and the two started dating just before Halloween, and have been seeing each other casually since. It was her idea to go see the Moonstone – Deke usually doesn’t go in for the “artsy-fartsy crap”. 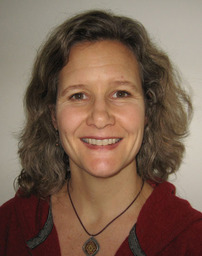